How ANYmal got into The X-Files 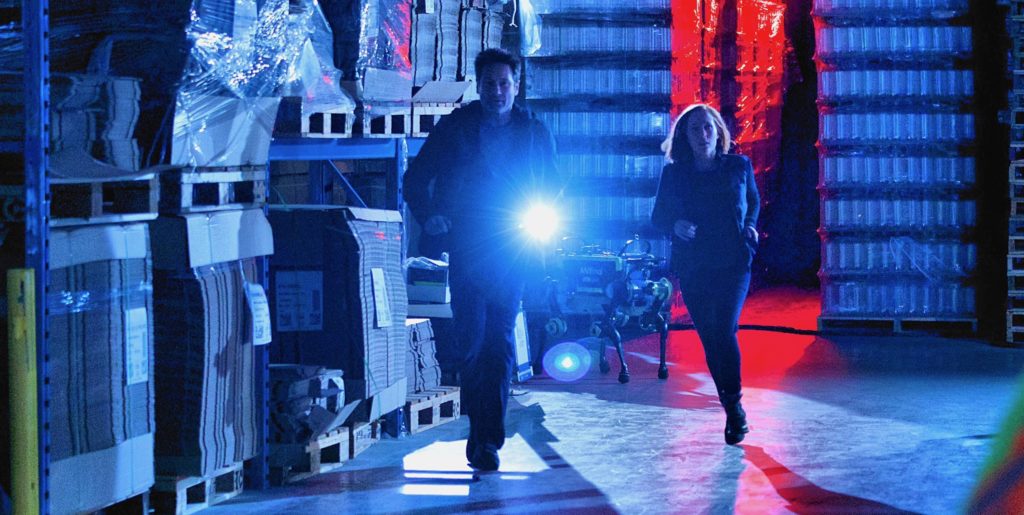 With the fingers on the joystick, we were ready, and (probably) more nervous than the star of the day itself. “Action!” The robot ANYmal runs down a dark hallway, chasing agents Scully and Mulder in a nerve-racking pursuit. This scene is one out of many in which ANYmal got to act in the newest episode of the television show The X-Files (no spoilers, we promise).

For decades, people are fascinated by robots, and this fascination has not worn off. So when we got a call with the question if our robotic platform ANYmal could be part of The X-Files, we were super excited.

ANYmal is a four-legged robot designed to go into places which other robots cannot reach. Carrying a payload consisting of cameras, microphones, gas detection and many other sensors, we have developed ANYmal to support professionals in their work to ensure the safety of industrial sites by regular inspection. While ANYmal is also used to entertain people and make them laugh (see for example Kids meeting ANYmal at a Zoo), this was the first time for it to slip into the role of the “bad guy.” 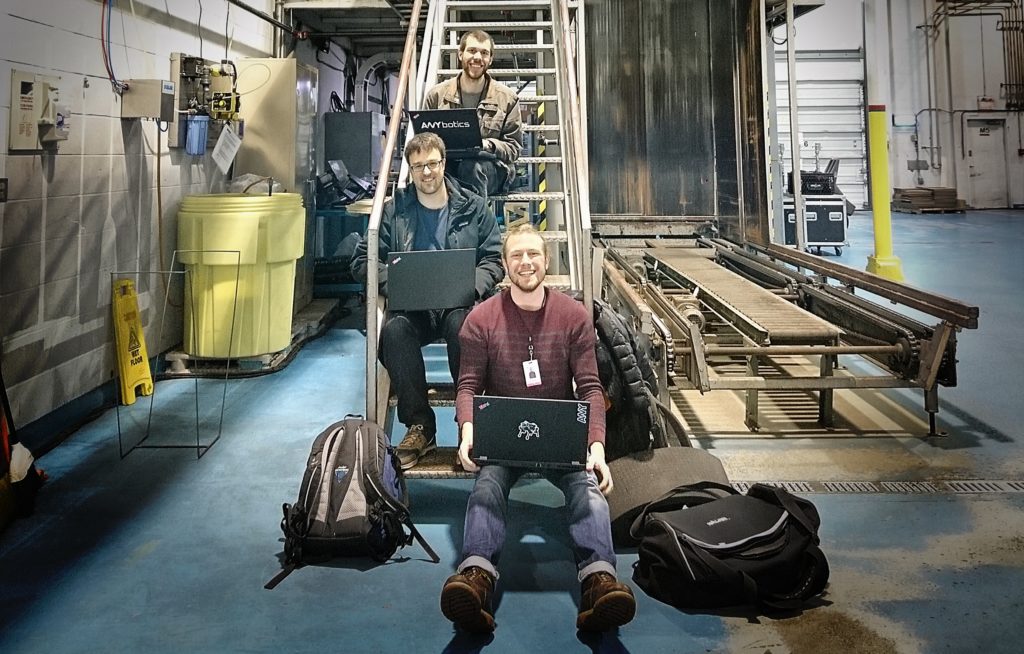 The ANYbotics engineers Samuel, Christian, and Linus (top to bottom) on set preparing for the next scene.

To our positive surprise, the producers and their team decided to work with real robots instead of relying solely on visual effects. To make this reality, our team packed one of our ANYmal robots and flew to Vancouver, British Columbia, to spend a week on set to film various scenes in a warehouse. Coordinating with the actors, the camera, light, stage, and sound teams, we set up and steered ANYmal to deliver a TV-worthy performance. Because one of the scenes would not have been possible without the risk of damaging the real robot, we were happy to find a perfect look-alike stunt double for ANYmal.

We hope we got you excited to watch this special episode of The X-Files (Season 11, Episode 7, aired on February 28th, 2018 on FOX). We thank the entire team for making this happen! For more information about ANYmal, please visit www.anybotics.com/anymal-legged-robot/.